At La Nozillière, we serve dinner five times a week. There is a pizza night once a week, when we serve fresh, homemade pizzas. Also we have an evening with fries and snacks and a BBQ night for the true meat lover. We serve table d’hote two times a week, consisting of an appetizer, a starter, main course, and a dessert, accompanied by wine and coffee. Among other things, we serve zucchini soup with salmon, boeuf bourguignon, and clafoutis. A kids’ menu is available and we can handle vegetarian requests.

When preparing the meals, we use as many local and seasonal products as possible.

For some indications of the prices we charge for our meals, please look at Prices & Reservations.

La Nozillière is located in the south part of the Haute-Vienne, on the border of the Dordogne, in the heart of the Parc Naturel du Périgord-Limousin. In the surrounding area of La Nozillière there is plenty to do to enjoy yourself and relax for a couple of weeks (and even longer). There are many hiking and biking trails in the vicinity of the campsite. Touristic information about activities and places worth visiting are available on the camping.

Recreational lakes
You will find several recreational lakes near La Nozillière where you can spend your entire day if you want to. Clean swimming waters, supervision, sports facilities, eateries – it’s all there. The Étang de Saint-Éstèphe is our favourite, but the Lac de Saint-Mathieu that has been opened for public again in 2017 also offers an inviting scenery.
Zoo and climbing
In Le Vigen, located at some 40 minutes by car from La Nozillière, you will find the Parc Zoo du Reynou, a 100-hectare zoo, laid out around a 19th century castle. Animals such as giraffes, red pandas, and cheetahs enjoy their spacious environments and find themselves almost in their natural habitats. Naturally, worth a visit.

Espace Hermeline in Bussière-Galant also offers a nice and active day out: climbing, off-track walks, a velorail, and a swimming lake make sure that you will return to La Nozillière again tired but satisfied at the end of the day.

Castles
France is home to many castles – and you can find all sorts of Medieval castles near La Nozillière as well. Château de Montbrun is located in Dournazac, which is within 10 kilometres from the campsite. It is one of four remaining castles of this type in France and during the Summer period guided tours are organized. Also nearby La Nozillière you will find the castles of Cussac and Brie. At around 25 minutes there is the castle of Rochechouart, home to a beautiful museum of contemporary art. A little further there is the castle of Châlus-Chabrol where, according to historical accounts, the famous English king Richard Lionheart was killed during a siege in the year 1199. Several of these castles can be found along the Route Richard Coeur de Lion, a 180 kilometre long route with no less than 19 castles and other imposing buildings stemming from the time of this infamous monarch.
Recent history
Although there is a lot of medieval history to be found in the direct surroundings of La Nozillière, there are several places of interest from recent history that are definitely worth a visit. An equally dark and remarkable place in this regard is the village of Oradour-sur-Glane. A massacre, taking the lives of no less than 642 people, took place here during one single afternoon in the Second World War due to a reprisal by the German occupier. The centre of the village was set on fire and consequently destroyed. What makes visiting Oradour-sur-Glane an extra impressive experience, is that the centre of the village has remained exactly the same as it was during that day in history, including the car of the doctor that is still on the town square. Also, you will find an underground museum that tells you the story of this tragic day.

Limoges, the capital of the Limousin region, is worth your visit as well. Limoges is a 2000 year old city that is traditionally known for its porcelain, but has developed into a modern, green city full of art. Going to the porcelain museum and the Musée des Beaux Arts de Limoges are very nice tourist activities.

Culture
The Limousin is a region characterized by a lot of local art, craftmanship, and old traditions. You can find these, among other places, during a visit to towns such as Saint-Junien (with many houses dating from the 14th and 15th century), Montrol-Sénard (an authentic Limousin village) and various charming villages where times seems to have been standing still. And, although it is located in the Dordogne instead of the Haute-Vienne, you should surely pay a visit to the market of Piégut-Pluviers.

The museum of contemporary art that you will find in the Rochechouart castle is, not in the least for its spectacular location, strongly recommended. Or are you more interested in music? In that case, the annual music festival of Saint-Yrieix-la-Perche may be something for you, just as the festival for dramatic arts and music which is organized in June of each year in the town of Bellac in honor of Jean Giraudoux (1882-1944) who was born there.

Golf
There are several good places to play golf on driving distance of La Nozillière – and you don’t need any permits for this. The 18-holes golf course of Saint-Junien is surrounded by forest and offers a very nice round for golfers at each level. The 18-hole international golf course of La Prèze in Ecuras-Rouzède also offers a very nice scenery, but is more challenging due to its hillside location.

In case you won’t be bringing your drivers, irons, and putter with you, you can just take ours – free of charge. We have both a men’s and women’s golf set available.

Hiking and cycling
With its hillside landscape and gentle slopes the Haute-Vienne offers an excellent environment for hiking and cycling. You can go out for it on yourself, but you can also opt for several short and long distance trails and walks that are oftentimes excellently signposted. From the chestnut trail that leads you through the forest of Dournazac and taking a stroll in the parc of the Nexon castle to more challenging trails – it is all possible in the Haute-Vienne.

For cyclisits several beautiful routes have been signposted by Vélo en France. The Monts de Blond and the Monts d’Ambazac offer the most hills and are an invitation to the more sporty cyclist in particular. It is also possible to follow parts of the Route Richard Coeur de Lion by bike, taking you alongside several castles.

Geology
The Haute-Vienne hosts the far west stretches of the Massif Central, and is characterized by contrasting, often hilly landscapes and is veined with rivers. You will find hillsides with forests in abundance, mysterious landscapes with dolmen, menhirs and ruins from the Celtic age, beautiful valleys, lush river valleys, vast chestnut forests and highlands with numerous rock formations and water sources.

A special geological place of interest (which is visited by scientists around the world) is the Rochechouart crater. This crater is 20 kilometres in diameter and is the result of a gigantic meteorite that hit the region some 200 million years ago.

In Villars (Dordogne) you can visit caves that contain multicolored dripstones and wall paintings. In Chassenon (Charente) you will find important thermal remainders from the Gallic-Roman age. The thermal baths of Cassinomagus, which ruins date from the 1st century, allow you to discover underground rooms, heating systems, swimming pools, and hot and cold rooms.

Carp fishing
Have you always wanted to catch a giant carp? Then the Limousin is the place to go. You will find many fishing lakes here, including the 10-hectare lake of the Domaine de la Ribière where you can land carps up to 60 pounds, and the Bujaleuf lake. The region also offers you several possibilities for trout fishing.
The Dordogne
La Nozillière is located on the border of the Haute-Vienne and the Dordogne. Of course, the Dordogne offers a lot of places to visit and experiences. The Piégut-Pluviers market is an example of this. Canoeing in the beautiful town of Brantôme is also recommended, as well as visiting Périgueux, the old capital of the Périgord, and the pre-historic caves of Villars. 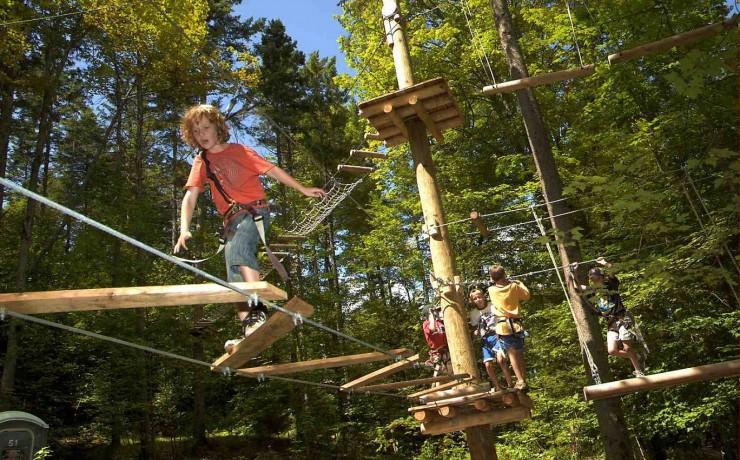 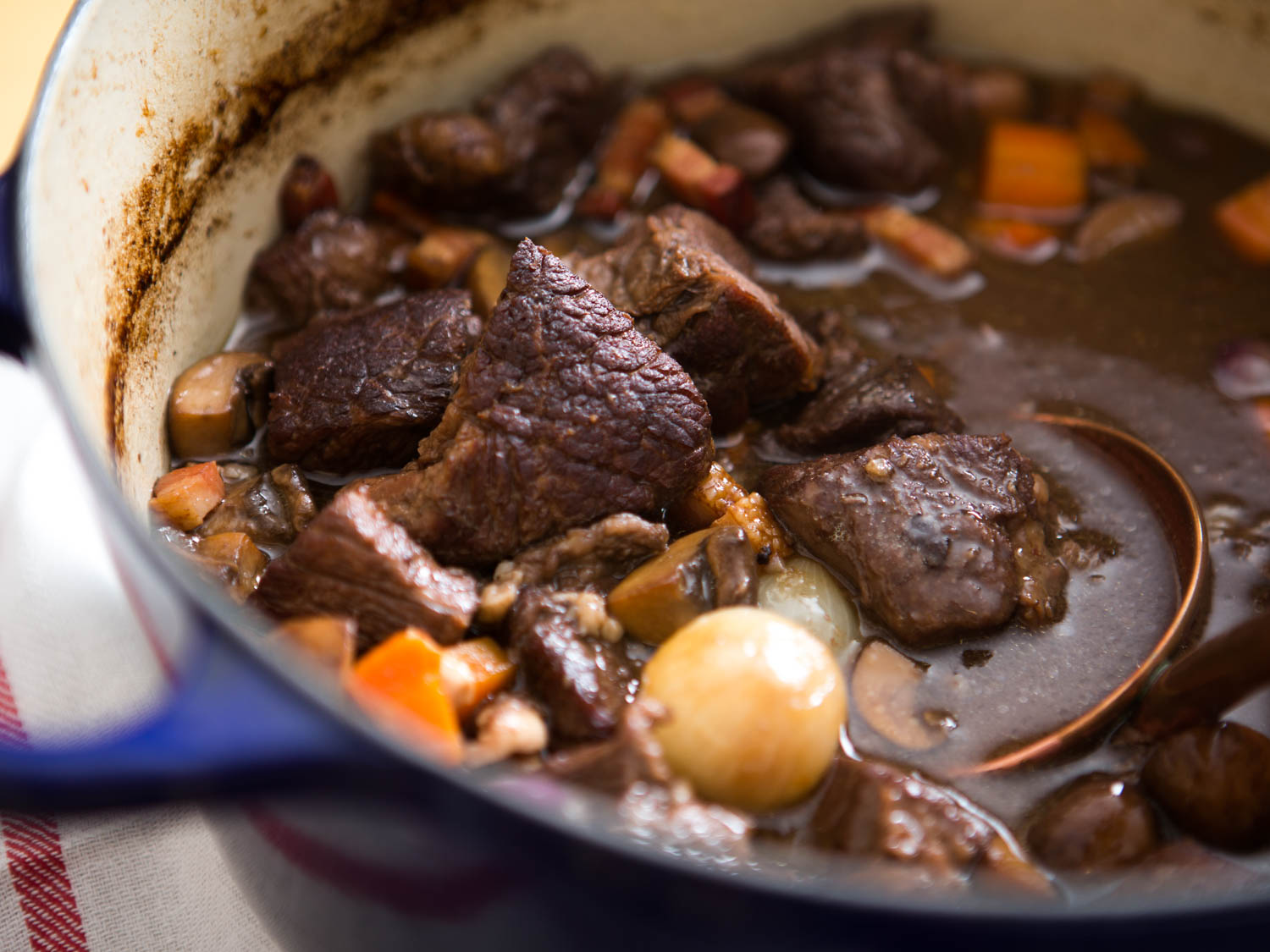